Working right on the back of a couple of gruelling Kaggle competitions, the Indiahacks ML challenge seemed like a free hit! With a couple thousand lines of code still fresh in my mind and a couple weeks’ worth of effort, i ranked 14th amongst 800 odd participants :)

My Approach – I started off with a couple of starter scripts, getting the jsons ina digestable format. As usual, got running base with a basic random forest submission which were giving a respectable accuracy, just with the given heuristics.

This was one of the rare competitions where i really focussed on visualizations and understanding the problem statements. For eg. just by comparing median times(heatmaps) of different genres showed me cricket was clearly not a preferred genre for our segment. 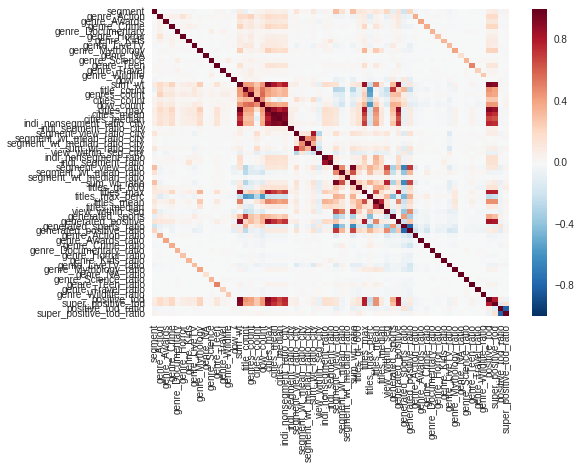 Above: a heatmap of all engineered features against “Segment”

For the roadsign problem, i went through many histograms to understand which cameras and respective aspect ratios were giving good predictive power. 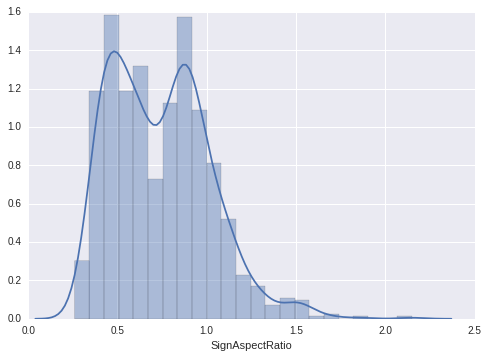 Above: histogram of aspect_ratio where the Left Camera was detected, but Road Sign pointed in the Front.

The heatmaps were very helpful in judging the effectiveness of certain features. Also, a validation pipeline with xgboost feature importances helped me in narrowing down to my hypotheses – The segment’s demography is middle-aged stay-at-home moms. The data backing this up:

Basically, whenever an image was captured from the front cam, it was highly likely that the roadsign showed “front”. Except in cases where the aspect ratio was highly skewed in cases when the car might be taking a sharp turn, and the front cam captured the image from a weird angle. The aspect ratio is essentially, the apparent height of the roadsign divided by the apparent width of the roadsign, which is skewed mostly when cars are taking sharp turns.

For both problems, i ran an optimized(but vanilla) xgboost, for better or worse. I’d tried my regular go-tos, the random forests, gbms, and highly inefficient keras nets, and also a failed attempt at stacking.

I could’ve gained a few places if i’d dedicated more time to stacking, bad planning and management on my side. This problem has been coming up for the past two competitions, clearly not an ideal scenario.

Anyway, i got a 0.9990232 AUC in the Hotstar problem, and a 0.18053 logloss on the roadsign problem, fairly satisfied with my performance. Looking forward to the zonals stage coming up next month, excited!

So yeah, that’s that. One competition ends, another begins. ML is addictive!